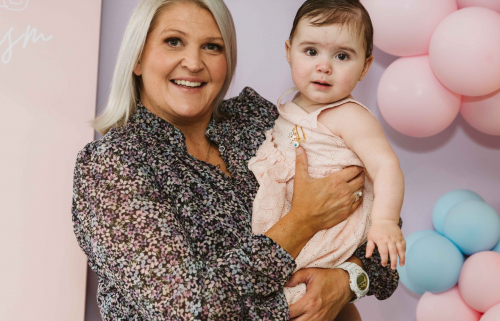 “Walking down the aisle on my wedding day, meeting my baby for the first time, and the way my knees buckled beneath me on January 23rd 2019 are all held to the same significance.” – Eliza

Isn’t it unfortunate that the same moments that your heart holds onto for beautiful reasons, also hold the same weight as the moments you would rather forget.

The day started as any other. I was at work and Mum (Rachel) had a day off. She had planned to meet a friend for a coffee and go for a walk on the beach. We were in the deep depths of the heat of summer and it was an absolute scorcher.

Mum had been diagnosed with cardiac vasospasm which had given the family a few good frights over the years. This put my Grandma a little on edge whenever she couldn’t get Mum on the phone, especially as she lives 400km away. She had called me earlier that morning and asked if I had spoken to Mum. I had not, but assumed she was busy with her friend.

Intuition is a funny thing. I remember my phone vibrating in my pocket and seeing Grandma’s name on my screen. In that very moment I knew something was wrong as she never calls me during the work day.

“Lizey, Mum was found on Somerton beach. She has been taken to Flinders hospital and is in the ICU.”
Found – What does that mean? Like a dead body is found? Like a missing person is found?

Before I could even compose myself enough to ask what she meant my knees buckled and I felt myself falling down. It was the most surreal out of body experience. I could hear myself trying to speak but no words would come out. Only cries.

A dear co-worker helped to lift me off the ground. They helped me breathe whilst I called my partner to pick me up from work and take me to the hospital.

There are snippets of that day that I remember so vividly. For example, what song would she want played at her funeral? ‘Angel’ by Sarah McLachlan. One of the simpler decisions I had to make that day.

I remember talking myself down telling myself she is okay and that I need to get myself together and be strong for her as I have no idea yet what has happened. For all I know she will be sitting up in bed feeling a bit rough. Unfortunately, that was not the case.

I remember what felt like the longest walk of my life to the Flinders hospital ICU. A lovely volunteer greeted me and asked that I take a seat as a doctor would like to speak to me. My heart shattered into about a thousand pieces in that moment.

It was like every movie where the doctor must break the news to the family that their loved one had died. The lump that formed in my throat stopped me from crying as it felt like if I swallowed the lump, I would never be able to compose myself again.

I was met by a beautiful doctor who told me that Mum was alive, but she had unfortunately suffered from six documented cardiac arrests. She was currently on life support with a machine that was pumping her heart for her.

Every feeling of loss graced me in such a fleeting manner that I don’t think I actually cried when this news was broken. I was told that I needed to prepare myself for what I was about to see, so I gripped my partners hand hard as we turned the corner.

There she was, lying in a bed with every tube you could ever imagine coming out of her. As I approached her and grabbed her hand all I could say through tears was “oh, Mum.”
I spent the rest of the day holding her hand until my grandparents arrived. It had always just been Mum and I. All I could think was that I could not go on without her. 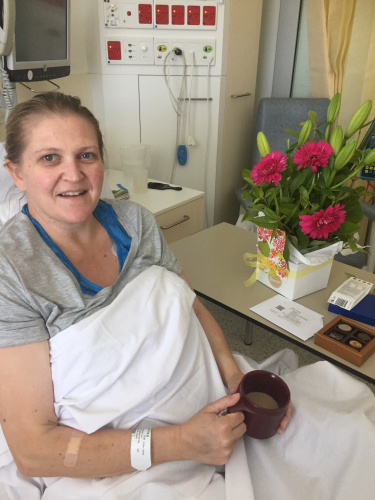 It turned out we were one of the lucky families who survive not one but six out of hospital cardiac arrests. I did not have to go on without her.

Over time, details emerged of the circumstances surrounding her episode. Like a guardian angel, an ex cardiac nurse who was visiting from interstate found her collapsed on the beach. She was blue, her eyes had rolled back, and she was unresponsive.

The beautiful nurse immediately began CPR and her family called an ambulance. Bystanders assisted her with CPR as she actively trained good Samaritans in effective CPR. This meant that they could take turns to ensure Mum had the best possible chance until the ambulance arrived.

I struggled throughout our journey with guilt that I was not there to help her in her time of need. Through a lot of grief counselling, I was able to realise that as I did not know effective CPR, Mum would not have made it if I was the one who had tried to revive her.

Because the nurse who found her knew how to Restart a Heart, Mum lived.

Her brain was deprived of oxygen for a period, so she did suffer a hypoxic brain injury. Thankfully, with intensive rehabilitation, she lives independently, works full time, and has a second chance at life.

Mum now lives with a cardiac defibrillator. She struggles with a bit of a poor memory, but that is the extent of her ailment. Since then, she has had a few episodes including two heart attacks. But she is alive, and more importantly she is living!

She got to watch her only child walk down the aisle and she was able to meet her first granddaughter. This is all because a stranger on a beach knew how to restart her heart and did everything in her power to ensure her life was supported until help arrived.

Gratitude towards this woman and the ambulance officers for their actions does not even come close to the way I feel. How do you thank someone who has played an active role in saving the life of the person you love most in the world?

I feel the only way to truly honour the people who worked so hard to save Mum is to raise awareness about the importance of education around Restart a Heart. Everyone should know the steps you can take to ensure that if someone around you was ever placed in a situation similar to Mum, then you could do as much as you could to support them until help arrives.

Restart a Heart Day really hit home for me the moment I stumbled across it on Instagram. What a fantastic way to raise awareness within the community. 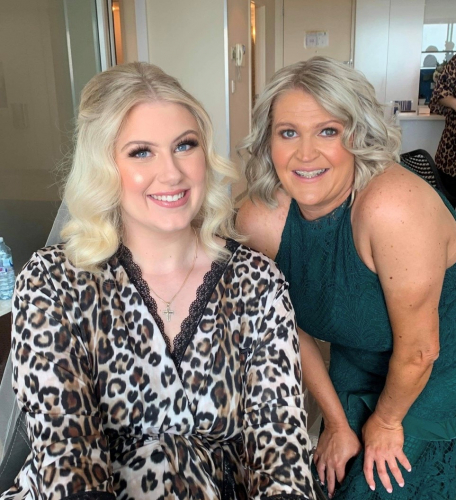 Thank you to everyone who takes the time to educate themselves on how to save a life, how to Restart a Heart. Families like mine are eternally grateful.