Link to: Restart a Heart Day 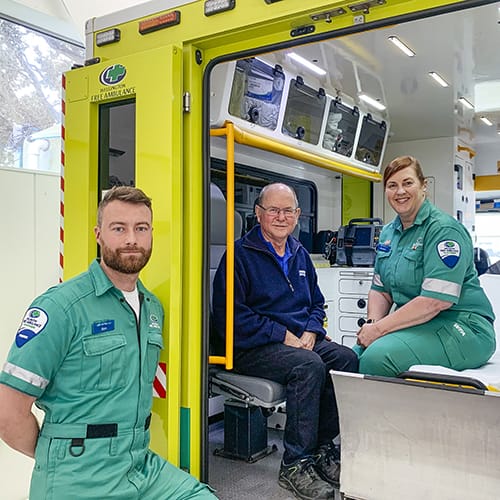 When Jeremy drove home from football one Sunday afternoon, he felt a strange tightness in his chest. The pain was concerning however, it only lasted for about 10 minutes or so and didn’t think much more of it.

The next morning, as Jeremy got up for work, he felt the same pain. But again, it only lasted for a short time so continued getting ready.

He arrived at work around 8.30am and the pain returned; this time it was quite severe and he had to sit down.

“I could feel a tingling sensation in both arms and I said to my boss ‘this is not good’. I phoned Team Medical, they advised I should call an ambulance if it continues which was good advice, but because they are only five minutes down the road my boss drove me down to get checked out.”

By the time, Jeremy arrived at Team Medical he was complaining of quite severe central chest pain. The GP did some immediate treatment but called for an urgent ambulance to transport Jeremy to Wellington hospital for further specialist treatment.

Paramedics Bronwyn and Ben were the ones to respond from Wellington Free Ambulance.

They assessed Jeremy and proceeded to move him into the ambulance. Jeremy’s pain had subsided but both Bronwyn and Ben knew he needed to go to hospital for further tests.

Ben took another look at what Jeremy’s heart was doing. The ECG test showed some changes that Ben wanted to look into, however advised Bronwyn that she could start driving towards Wellington.

Jeremy was relaxed and chatty as they set off – this was a good sign. Then as Ben started to relay the ECG changes to Bronwyn he noticed that Jeremy had gone rigid and was breathing abnormally.

Jeremy’s vital signs were not good. It showed his heart had gone into a ventricular tachycardia – a fast and very abnormal heartrate.

Bronwyn pulled over and went to assist Ben. Because Jeremy was unresponsive, this confirmed he was having a cardiac arrest. Bronwyn and Ben applied the pads and shocked Jeremy’s heart using the defibrillator.

Fortunately Jeremy’s heartrate reverted back to a normal rhythm after one shock and did not require CPR.

Both Ben and Bronwyn explain this highlights the importance of immediate intervention and how it can significantly increase someone’s chance of survival. The truth is that without expert medical care of our paramedics and the essential, life-saving defibrillator in the ambulance, Jeremy would not have survived.

“During a cardiac arrest, time is of high importance. It is a critical event in which seconds count. The high level of clinical care is important as the chain of survival involves two key elements – early recognition, early defibrillation,” Bronwyn says.

Most often a cardiac arrest is sudden and unexpected. For every minute a patient is in cardiac arrest, not receiving CPR or AED shock, chances of survival drop by 10%. That is why everyone should know CPR and how to use an AED in our communities.

“Emergencies of this acuity is what our job is primarily all about. They give us the opportunity to directly influence the patient’s outcome in a positive way.

“It is a rare privilege to be able to speak to a patient who was as sick as Jeremy was and see him continue his life with his family. It’s a reminder of why we do the job,” Ben says.

Jeremy is on the road to recovery and is now back to work; he is also slowly getting back into referring games of football.

Like the thousands of patients helped by our crews before him, Jeremy is incredibly grateful.

“I consider myself reasonably fit – I’m a football referee and had previously been given the all clear from the doctor. At only 64, the lesson is listen to your body; don’t have a she’ll be right attitude and seek help if you’re unwell.

“It’s pretty scary to know my life was on the line but extremely grateful to the wonderful paramedics in the ambulance who saved my life. I will be forever grateful to the team at Wellington Free Ambulance, and Team Medical,” Jeremy says.

These days, Jeremy says his view on life is that every day is a bonus – and he doesn’t sweat the small stuff. “I’ve been given a second chance at life.” 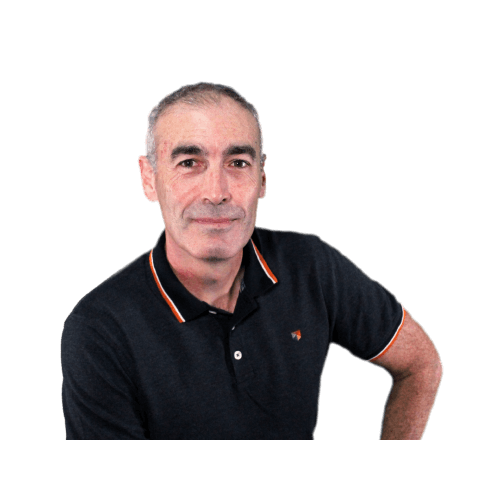 Greg Page, the original Yellow Wiggle was performing a reunion show of The Wiggles at Sydney’s Castle Hill RSL in January 2020 when he collapsed on the side of the stage.

Greg suffered a cardiac arrest that night. Lucky for him a nurse was in the audience and knew exactly what to do. Two bystanders began performing CPR and another joined in and used an AED that was located at the RSL. The AED delivered a lifesaving shock to his heart giving Greg a bigger chance for survival. The bystanders in the audience who helped Greg that night, saved his life.

Greg’s survival story brings home the importance of public awareness and training in CPR and AED. Six months on, Greg is alive, walking the streets of Sydney with his wife, writing new songs and passionately sharing his cardiac arrest story with the public.

Greg will be joining us for Restart a Heart Day as part of our survivor story team. 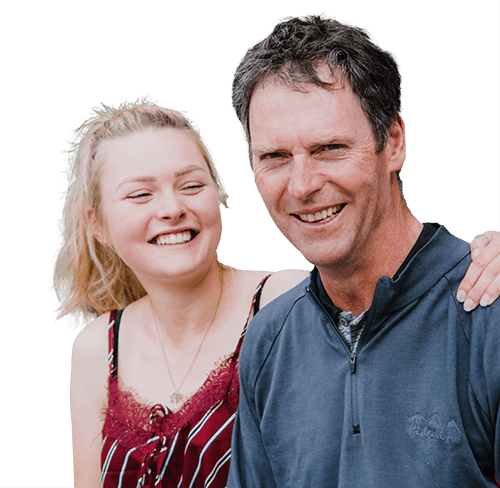 In one heartbeat on 16 September Jonty’s life changed.

It all started when Jonty was hanging out the washing at his Martinborough home. When suddenly he fell to the floor. His step-daughter Hannah was in the kitchen and couldn’t see him. Her initial reaction was that Jonty was mucking around. But she questioned the silence. It felt awkward, so she went outside to investigate and found Jonty sprawled across the deck not breathing.

Hannah panicked and screamed for her step-sister, Missy, who came running. For these two young women it was an emotional moment. Jonty’s life was in their hands.
“We picked him up and laid him on the deck. I could see that he was turning blue; there was no movement in his chest. I went through my little checks – you’re not breathing, your airways are open but you need help now,” Hannah explains.

Jonty was extremely lucky that Hannah knew what had to be done and how to do it. She immediately got Missy to call 111 so she could start doing CPR.
“You never think you’ll be involved in something as serious as this. We just couldn’t lose him. Jonty has been such a big part of the last four years for me and mum – nothing else mattered in that moment, I was just like ‘you’re not dying with me here’.”

Hannah’s focus was on the CPR when the crew from Fire and Emergency NZ arrived followed by Wellington Free Ambulance Paramedics Andrew, Doug, Anne and Allan.

Wellington Free Ambulance paramedics got to work doing all they could to help Jonty survive; quickly and efficiently they managed to get Jonty’s heart to start beating in a rhythm that could keep him alive.
“We’re usually on the back foot and having to play catch up to improve the person’s condition before we get a successful heartbeat again. Excellent CPR, an early shock from an AED – especially with where Jonty lives – in our opinion the two most important things had already been done when we got there,” explains Paramedic Andrew.

Saving a life is about more than medicines and monitors; it’s about human decisions. Hannah had acted quickly and decisively. This highlights the importance of people knowing how to do CPR in our communities.

Today, Jonty is back at home with his family and is grateful that help was there.
“I’d like to think I have a lot of years left but that could have all been taken away. I’m really grateful that the support was there for me that day. I owe my life to everyone who helped me; I just can’t thank everyone enough,” Jonty says. 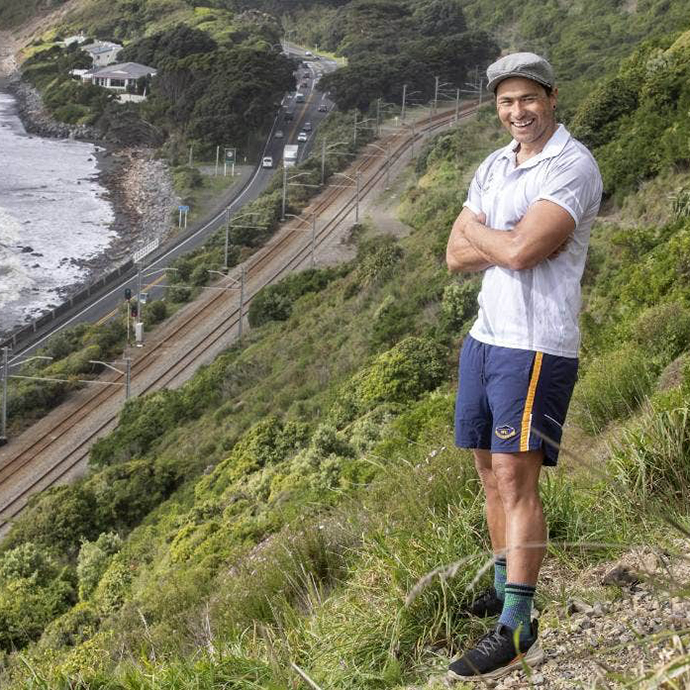 Knowing CPR can save someone’s life – and here’s the proof. When Shaun was out walking the Paekākāriki Escarpment Track earlier this year he collapsed and was in cardiac arrest.
Our paramedics Mal, Tash and Francis were able to provide urgent medical care, but it was the immediate assistance from a bystander that gave Shaun the best chance of survival.

The bystander had never done CPR on anyone before but they were prepared, having had training from Wellington Free Ambulance at a Heartbeat training session. In her words: “It was just one of those on the spot moments where you do what you need to do.”