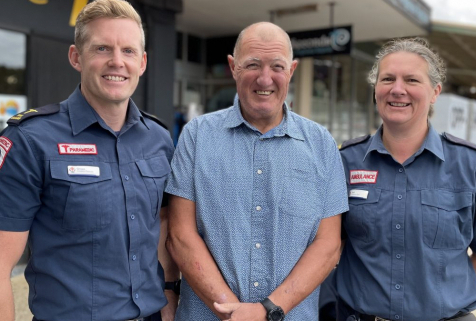 When it comes to being in the right place at the right time, Anglesea man Jamie Kayler-Thomson knows he couldn’t be luckier.

The 63-year-old grandfather was getting his daily coffee at his local café Laneway 73 last year when he collapsed after suffering a cardiac arrest.

As Jamie was helped to the ground, the community members around him sprang into action. 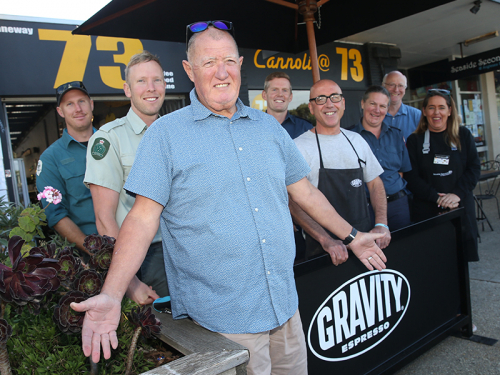 “We were lucky to have been right there and we have the training through our work,” Jack said.

“Once we realised he wasn’t breathing we were straight into it.”

At the same time, staff from the neighbouring op shop, Surfside Seconds, ran to get an automated external defibrillator (AED).

“There was plenty of help on scene and great CPR in progress which is all we can ask for,” Gregor said.

“Jamie is very lucky- the fact it happened where it did and around very competent people.”

When bystanders act to call Triple Zero (000), begin CPR and shock using an AED, the chances of surviving a cardiac arrest increases by more than 70 per cent. 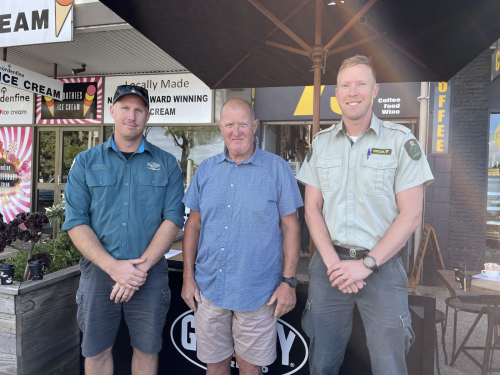 When Jamie woke up nearly a week later in University Hospital Geelong, there one thing on his mind.

“My daughter was getting married just 12 days later and I was determined to do everything I could to be there,” Jamie said.

“Nothing would stop me walking her down the aisle.”

Jamie was fitted with a defibrillator and able to give his daughter away. 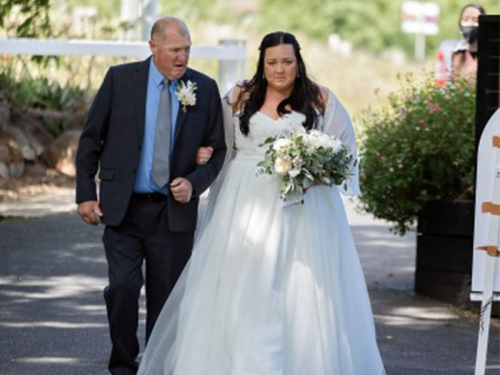 He recently reunited with the paramedics and bystanders involved in his case.

“I’m just so lucky it happened where it did, 5 minutes earlier and I would have been at home on my own.”